nG or Night Games is a new community of Cs 1.6, We count with official Zombie Plague Server And DD2 24/7 ( underwork ). Come and play in our servers! 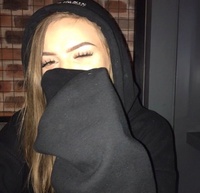 Players are not allowed to use any kind of Script [bH] or Cheats [Wallhack,Aimbot,Speedhack....etc].

This will lead to a permanent ban!

No Racism
Racism is strictly disallowed in our servers such racist names, insulting someone's religion.

Everyone is welcomed [black/white people, arabic/asiatique/english people...ect]. You must respect other players religions/countries otherwise you will be gagged.

No Ghosting
If a player is killed and he's spectating, he cannot use his microphone/steam/admin-chat to inform another player/friend/admin were exactly other players are.

Breaking this rule will lead to a serious punishment!

No Advertising
Players are not allowed to advertise other communities website/server IP's. Including their names/chat/microphone.

This will lead to a warn and permanent ban if needed!

No spamming chat
Do not spamm/flood servers chat (say, say_team) with useless comments.

Do not spam admin-chat (say_team @) with comments such "hello, how are you", "Hey, what did you watch yesterday on tv".

This command should be used only to report cheaters!

No Swear
Swear allowed only for simple words and here i refer to f[size=16]k this game, a*s, tts, sh*t etc.., and not allowed against other players. ( time-ban/gag = 2h Max )

No dis-respecting other players
Respect other players in the server and don't insult anybody, any excuses such "im just kidding" wont be tolerated.

Do not insult someone or support and encourage someone to insult another one in reason of having fun or joking. (Not everyone likes this kind of jokes).

The result will be either gag or time-ban.
[/size]


Don't change your nick
Nick of forum must be the same like in server. (Staff are recommended)

Don't ban admins!
If any admin is suspect to you make an demo and report him..

English is the only language allowed in voice chat
Please do not speak any language(s) other than English in voice communication, you will be gagged and/or kicked.

All other languages are more than welcome in normal chat.

These rules should be applicated on all NightGames servers. Breaking any rules writen here will lead to a punishment